Run through all the questions from the previous lessons – remember to keep it fun by varying how you elicit the answers.

12. Ask a few “Do you like?” questions using some of the foods and review the Do you like …. food? song. 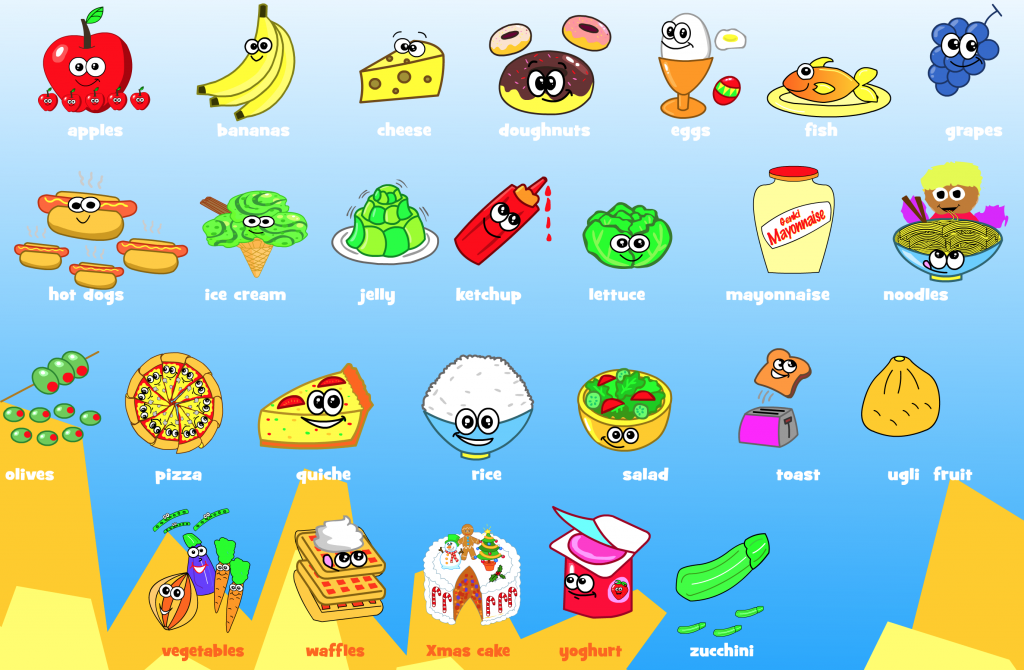 2: Input with the new language and song

This theme runs over the same grammar point as the previous Do you like …. food? lesson.  So if you are teaching adults or older learners you can skip it if you please.  Although it’s always fun of course.   And for kids this was always a big, big request, to have Do you like … ? with animals.

The students should be familiar with “Do you like…?” from the previous lesson, so just run through it again this time with animals. 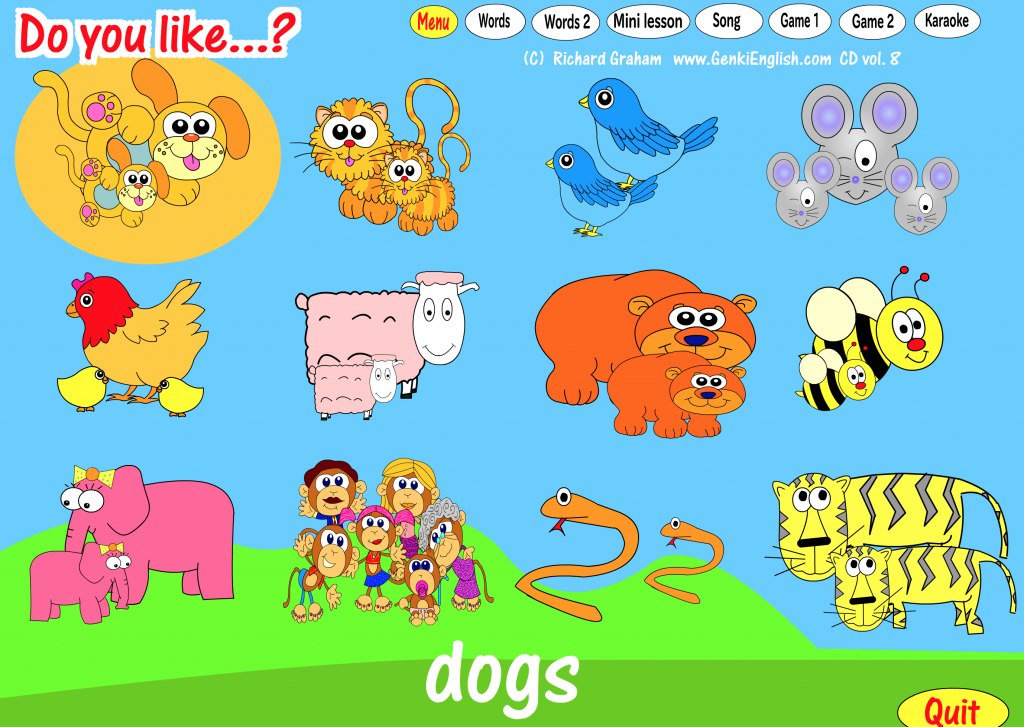 Ninja Tip:  Notice how all these animals are in the plural form.  That way there’s never any confusion over whether there should be an extra “s” on the end or not.

Then sing the song from the Teacher’s Set as before with the kids giving honest answers.

First the version for big groups …

1. Split the students into two halves, and give each team a cool name.
2. Three kids from each group are nominated to be the designated runners and stand at the back.
3. Put the “Words 2” on the screen.

4. Wander round the class and say “hello” to a random student ( or point the microphone to them if you have one)
5. This student then asks you “Do you like…?” plus one of the animals on the screen.
6. You answer “No, I don’t”.
7. Wander around getting a few more people to ask you.
8. Eventually you say “Yes, I do!” to one person’s question.
9. The front runner from each group has to rush forward and pick up the matching card. The further they have to run, the more fun!
10. Continue from 4.

It’s really fun and frantic and has lots of participation from many students. One nice thing is that even weaker kids can say “Do you like dogs?” or “Do you like cats?”, and the more advanced students will ask more complicated ones.

The other good thing is that although most of the students are sat down ( it’s great for even very large classes), they are all listening and they all go crazy shouting the words out and supporting their runners as they run past them to get the cards!

Ninja Tip:  On a laptop you’ll see subtitles in English on the video.  If you’re viewing on a phone or tablet the game starts 2 minutes in.

1.  Everyone is in a circle with the picture cards in the middle.

2.  One student gets to answer.

3.  Going round the circle, one person at a time asks this student “Do you like ….”  plus one of the animals on the cards.

7.  Then everyone has to try and slap this card!

8.  The fastest person to slap this card is the winner, gets to keep the card and becomes the answering student!

There are also the online “I love vegetables” and “What’s your favourite food?” picture books for this theme.

Crossword – only if you’ve done writing before.

LIVE: The 3 Ways to Increase Your Teaching Income, Zoom Brainstorm

UPDATE:  Thank you to everyone who attended last week – you were amazing!...