🍰 Why “Microteaching” is the reason online works better than offline 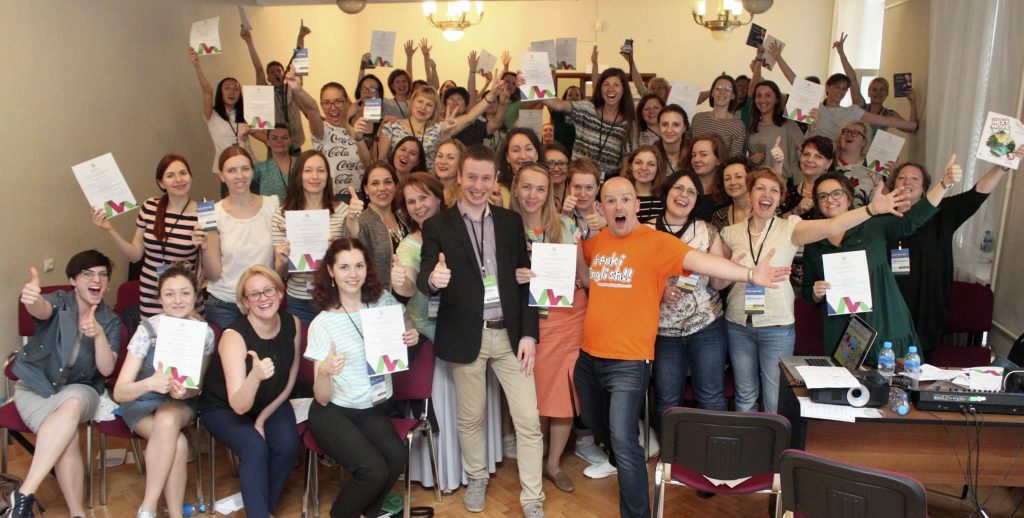 Note: As with everything, when reading this article be mindful to avoid the “But in my ….” trap.   Instead, the focus is on “What can I learn from this to apply to my situation.”   Cool, now we’ve got that sorted, here we go ….

Back in the year 1999 we were one of the first people to use online learning.   We’d focus on learning the skills in class and then everyone would have a big set of printed materials to take home so they could refer back to it later when they needed.

Of course that didn’t work too well.  🙂

People would leave them on the bus and, more importantly, when they needed something really quickly, flipping through a big book of materials just wasn’t quick enough when they were under pressure.

So in 1999 I put everything online. With a nice (ahem) menu & lots of animations to illustrate everything you could get exactly what you needed much more quickly.

Eventually that spread out beyond just the people who I was teaching and people from all over the country started asking for the “live workshops” that went with the online material.

So when my teaching contract finished I took them up on the offer and started traveling around the country, and later the world, to do these live workshops.

And there certainly is something magical about being in a room with like minded people.

More ideas would flow.  Great questions would be asked.  New ideas would be created.  Plus as a teacher I really got to learn what people were wanting both now and next as their skills improved.

Eventually, as I started teaching 100s and even 1000s of people at once (I remember in one summer I was literally in a different city every day for the whole summer) we realized that it wasn’t just the techniques and ideas people needed,  a lot of people really needed the mindset first. ( Hence the little note at the top of this article 🙂 )

So a 3 hour practical event turned into a full day of mindset and practical stuff.

And once people had worked through all that, they wanted more.

So the content and practice sessions bloomed and I started doing 2 and then 3 day events.

Sometimes, with some really amazing people,  we even did 5 days of solid training.

Now, if you’ve seen how I teach you can quite imagine that 2 or 3 days of this just makes your brain explode. 🤯

There literally is a limit of how much you can take in in one go.

So rather than going out to more days, I would get invited back sometimes yearly and sometimes even monthly.

The challenge there was that some people were new,  some were slower at the take up, especially on the mindset, some were super fast and wanted the very latest things and many had simply lost their edge in the time between sessions.

So it became impossible to balance a learning environment where everyone’s needs were met.

I went on like this for over decade teaching in countries all around the world.   It was tiring.

And then I got to point where I realized that if I wanted to reach my goals (after we reached one million and then ten million, we set the goal to have one billion students using the program!)  it just wasn’t efficient to go on.

I would be in a room with maybe 100 people and yes, they would learn some amazing things and have a really fun time,  but in that same 6 hour period hundreds, and sometimes even thousands, of people would be learning the exact same things,  at their own pace, from the website and materials.

Because there is a limit to how much you can take in at once,  and because everyone is at such different levels, than rather than physical, real life settings of hour long chunks….

…. we found that “mircoteaching” i.e. learning online exactly when you need it, was way more efficient.

It also meant we could answer questions more easily and see much, much faster progress for all levels of learners.

In a way this made a lot of sense.  At uni I was on an Intern Program for one of the big consulting firms and we would go round huge factories. The buzz at the time was “Just in time.”   Instead of huge piles of inventory,  you would have deliveries brought in just as you needed them.

And this was exactly what we were doing with the teaching.

Instead of a big bulk delivery of skills and info,  instead we could deliver them “just in time”, right when the students needed them.

So we scaled up the online training,  adding in hundreds of hours of video but all split up into “just in time” chunks,  where you could learn one piece, use it,  then come back and learn the next.

Then once a year we did big live workshops.

I scaled back from hundreds of plane journeys a year to just one.  (Well, two, because I had to come back 🙂 )   Last year was in Russia, before that was Tokyo.  This year was supposed to be in Italy.

The thing is that instead of the learning,  the real life sessions were there for other reasons.    A big part was the socializing,  getting to know people you had studied with online.  And for me they allowed me to learn what was missing in the program, what needed adding or changing and also to learn what else people wanted.

However …. the actual learning?  That was all taking place in the virtual world beforehand and afterwards.

Of course some people were skeptical.   “The real world is always better” they would say.

And the real proof that this wasn’t the case for me came at our last workshop in Italy.    Everyone basically turned up knowing everything.   They had just gone through their first really, really intense online course and they were on such a high.  The workshops itself was all about energy, ideas and sharing what they had learned.    Their enthusiasm became infections and I still feel it to this day.

So can online work better than offline learning?   Yes, course.

In fact some people contend that school hasn’t got anything to do with learning.

Just like the Luddites before,  “micro learning” has beaten offline learning because it fits in to how humans really work and learn.

We don’t need everything in one go.

We don’t need a big mass of skills or info at once.

What we need is “just in time.”

Available right when we need it so we can master it, get feedback on it and then loop back to learn what is next.

So my challenge to you right now is,  how can you apply this to your students’ learning?