Look at these great Halloween pictures Teresa’s kids did!

Teresa sent in these great pictures from her Halloween lessons, what do you think?

This year for Halloween we did Mr. Skeleton Soup and we played with the dice. 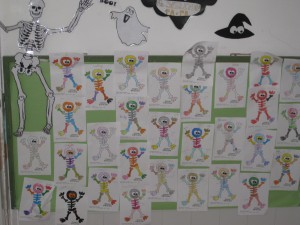 While the song was going on the students were saying: Oh no! My arm!! I have no arms!!!

Oh no! My legs!!! (Without asking them they were feeling what Mr. Skeleton was feeling when losing different parts of the body. It was amazing).

Some of them put an arm inside the T-shirt and they told me: I have no arm. (very cool)

We also used “Make a face” for Mr. Pumpkin like Mr. Potato. It was a great success. 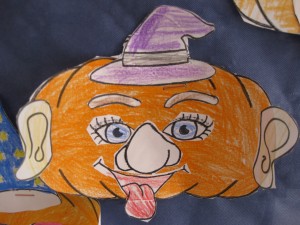 They really enjoyed the song. The game is great!!

I had them saying “I put on the nose” and they would go to the Smart board and put the nose.

Of course, the “Happy Halloween” song and “What do you want to be (for Halloween)?” are great!!

Even the teachers enjoyed it and liked the beat.

And we also played with the cards “What do you want to be?” And they had so much fun!!!

Thanks for the great ideas!!!! 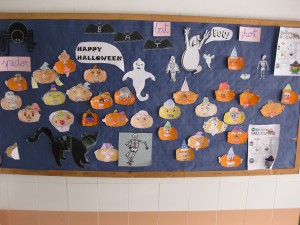 LIVE: The 3 Ways to Increase Your Teaching Income, Zoom Brainstorm

UPDATE:  Thank you to everyone who attended last week – you were amazing!...